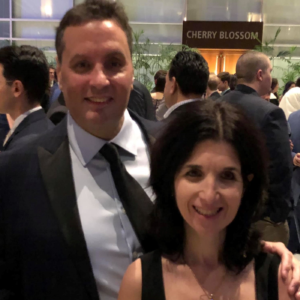 Bugle Call was founded by Scott Adams and Leonora Cravotta. Scott is currently the Owner & General Manager of Red State Talk Radio and host of the nationally syndicated Scott Adams Show, a political radio talk show co-hosted with Leonora that airs live each and every morning at 8AM EST. Mr. Adams’ professional background includes over 25 years as an entrepreneur working within various Information Technology markets and as an internet pioneer. He holds a B.S. in Political Science and Marketing from Old Dominion University. His focus on conservative politics includes a passion to promote smaller government, end government corruption, and shine a spotlight on media bias in our mainstream media. Mr. Adams passions in addition to politics and technology include group road cycling, sea kayaking, downhill skiing, and collegiate and international freestyle wrestling. Mr. Adams is available for speaking engagements focused on foreign policy, Middle East strategy, election strategy, domestic policy, and social justice issues. Leonora is director of operations with The American Conservative. Leonora’s diverse background includes ten years with JPMorgan Chase and TD Bank where she held various VP level marketing and product development positions. She has also previously served as director of development for several non-profit organizations. Leonora received a BA in English/French from Denison University, an MA in English from the University of Kentucky and an MBA in Marketing from Fordham University. A native of Northern NJ, Leonora currently resides in Arlington, Virginia. Both Leonora and Scott have been involved with both DC and Philly politics. The discovery of classified documents at the Penn Biden Center raises questions about the connection between the Biden family and the Chinese Communist Party, according to Paul D. Kamenar, lead counsel for the National Legal and Policy Center. Kamenar has been investigating the connection between Hunter Biden and the Penn Biden Center since 2020, long before the recent classified documents scandal. Through multiple Freedom of Information Act requests, Kamenar is seeking to identify the source of more than $20 million in anonymous donations made to the Penn Biden Center in recent years, and potential connections to both Hunter Biden and the Chinese regime…. ‘I Don’t Think China Can Tell Me Where to Go’: McCarthy Responds to CCP Warning About Potential Taiwan Visit

House Speaker Kevin McCarthy (R-Calif.) has fired back after the Chinese Communist Party (CCP) warned him not to visit Taiwan amid reports of a potential trip to the democratic island. When asked about the communist regime’s warnings that he should not visit Taiwan the way that former speaker Nancy Pelosi did, McCarthy gave a resolute reply. “I don’t think China can tell me where to go at any time,” McCarthy told NTD, a sister media outlet of The Epoch Times, during a press briefing outside of the White House after meeting with President Joe Biden on the debt ceiling on Feb. 1…. Religious freedom is not only under growing threat around the globe from China and other totalitarian regimes, warned dignitaries at a summit this week in Washington, but faces challenges such as efforts by leftists in such stalwart democracies as Japan to curb faith groups since last year’s assassination of former Prime Minister Shinzo Abe.