Buglecall supports the protection of our civil liberties under the Constitution and the Bill of Rights. We have a particular focus on the First Amendment which embodies the liberty of free expression through speech and the media, freedom of religious belief and practice, freedom of political belief,  and the right for peaceful assembly to appeal to the government to modify policies and eradicate injustices. 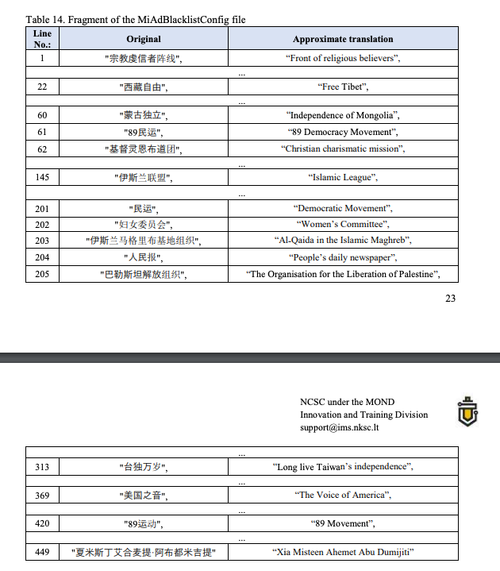 Lithuania Tells People To Throw Away Chinese Smartphones Due To “Cybersecurity Risks” Lithuania’s National Cyber Security Centre (NKSC) released a new report Thursday urging consumers to throw away their Chinese smartphones due to cybersecurity and censorship risks.  NKSC, which is part of the Defense Ministry, found that Chinese smartphone brand Xiaomi had built-in censorship tools to detect and censor phrases such as “Free Tibet,” “Long live Taiwan independence,” “People’s daily newspaper,” and “democracy movement,” among others. It noted Xiaomi’s Mi 10T 5G phones had the software turned off for European customers, but the report stressed the tools could be remotely turned on at any time.  “This is important not only to Lithuania but to all countries which use Xiaomi equipment,” NKSC said in the report. Besides Xiaomi’s Mi 10T 5G, the security assessment examined Huawei’s P40 5G3 and found cybersecurity risks to users. There was no mention of risks for OnePlus’s 8T 5G.  Deputy Defense Minister Margiris Abukevicius said consumers should discard these mobile devices and purchase new ones that are not from Chinese companies:  “We strongly recommend that state and public institutions not use those devices and plan to initiate legislation which regulates acquiring certain devices for the ministries and various state agencies,” Abukevicius said.  NKSC said the security assessment is intended “to ensure the safe use of 5G mobile devices sold in our country and the software they contain.”  When it came to Huawei’s P40 5G phone, the report found risks of cyber-security breaches:  “The official Huawei application store AppGallery directs users to third-party e-stores where some of the applications have been assessed by anti-virus programs as malicious or infected with viruses.” It’s crucial to note relations between NATO ally Lithuania and China have deteriorated as of recent. The Baltic country approved Taiwan to open a representative office in Vilnius, the 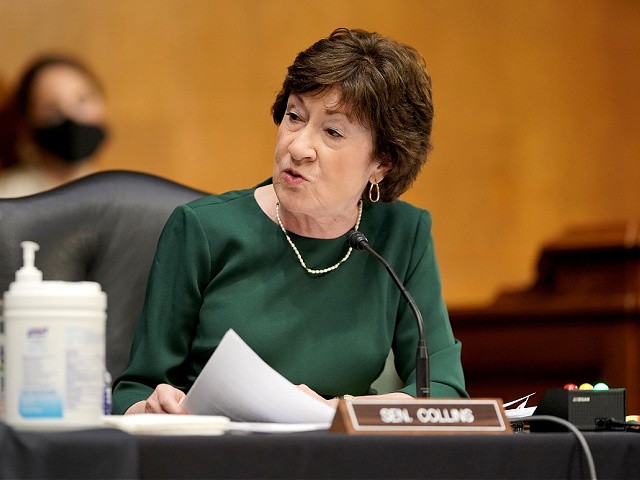 Sen. Susan Collins (R-ME) said while she is pro-choice and actually supports codifying Roe v. Wade in federal law, the Democrats’ bill that would invalidate nearly all state laws that restrict abortion is even too “extreme” for her. 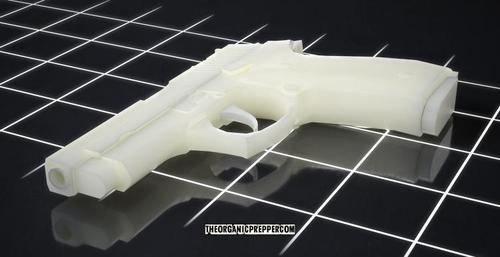 “Ghost Guns”: Why The Government Desperately Wants To Ban 3D-Printed Weapons Authored by Aden Tate (Author of The Faithful Prepper and Zombie Choices) via The Organic Prepper, Nobody loves controlling others more than the government, so it’s no surprise that they’re desperate to ban 3-d printed guns. Right now, the US legislature has introduced two separate yet identical bills that would outright ban the creation of 3D-printed guns or the dissemination of the code for doing so. HR 4225 was introduced to the House Committee on the Judiciary on June 29 of this year by Representative Ted Deutsch (D-FL). A few short days later, an identical bill, S.2319, was introduced by Senator Ed Markey (D-MA) in the Senate. [Source] Officially, S.2319 is referred to as the 3-D Printed Gun Safety Act of 2021. They’re ready to take gun control to a whole new level with this. But you may know it as its mainstream media coined term: The Ghost Gun Ban According to the US government, the stated intention of S.2319 is “to amend chapter 44 of title 18, United States Code, to prohibit the distribution of 3D printer plans for the printing of firearms, and for other purposes.” After the bill was introduced, 27 Senators throughout the US – all Democrat (with the exception of stated Independent, Bernie Sanders) – jumped on board to sign it. They are:   Sen. Menendez, Robert [D-NJ]     Sen. Reed, John [D-RI]   Sen. Schatz, Brian [D-HI]   Sen. Casey, Bob [D-PA]   Sen. Feinstein, Dianne [D-CA]   Sen. Wyden, Ron [D-OR]   Sen. Blumenthal, Richard [D-CT]   Sen. Merkley, Jeff [D-OR]   Sen. Whitehouse, Sheldon [D-RI]   Sen. Duckworth, Tammy [D-IL]   Sen. Durbin, Richard [D-IL]   Sen. Sanders, Bernard [I-VT]   Sen. Padilla, Alex [D-CA]   Sen. Murphy, Christopher [D-CT]   Sen. Van Hollen, Chris [D-MD]   Sen. Smith, Tina [D-MN]   Sen. Leahy, Patrick [D-VT]   Sen. Kaine, Timothy [D-VA]   Sen. Cardin, Ben [D-MD]   Sen. Klobuchar,