The Next Serbia? Belarus Alarmed By NATO’s Threats

The Next Serbia? Belarus Alarmed By NATO’s Threats Authored by Rick Rozoff via AntiWar.com, On Monday the foreign minister of Belarus, Vladimir Makei, expressed alarm over recent statements by NATO’s Secretary General Jens Stoltenberg about his nation, ones that were openly hostile and implicitly threatening. He’s quoted by the Belarusian Telegraph Agency voicing these concerns: “We are absolutely concerned over these recent statements by NATO Secretary General Jens Stoltenberg. Just a few days ago, he expressed concern over deeper ties between Minsk and Moscow, saying that they see it as a threat to the alliance’s eastern flank. They are also concerned about closer cooperation between Moscow and Beijing. They also see it as a threat.” Although one of many statements in the same vein of late, the foreign minister may at least in part have been responding to an interview with Stoltenberg published by the Welt am Sonntag on June 6 in which the NATO chief said the military bloc was “following what is happening in Belarus very closely,” especially what he claimed were closer ties between Belarus and its neighbor and Union State partner Russia. Alexander Lukashenko, via EPA He warned that the thirty-nation military bloc he leads is prepared “to protect and defend any ally against any kind of threat coming from Minsk and Moscow.” The language was inflammatory and threatening and meant to conjure up a specter of a new mini- (or micro-) Warsaw Pact. Belarus has a population of some 9.5 million. NATO nations have a population of over 1 billion. The Belarusian foreign minister also said that his country doesn’t comment on the closer integration of NATO member states or the relations of the latter with third parties. He then posed the question: “Does it all mean that we should stay silent while they will react to a minor event [likely the

A Fox affiliate station has fired a reporter after she went off-script during a weather segment on Monday saying she is being allegedly muzzled by Fox News, and later shared with Project Veritas recordings she says show the network’s censorship and corruption. Ivory Hecker, 32, who formerly worked for Fox 26 in Houston, has been let go by the station, a representative confirmed in a statement to several news outlets Tuesday. Hecker during the live segment claimed that Fox Corporation has been “muzzling” her to “keep certain information from you, the viewer.” “And from what I am gathering I am not the only reporter being subjected to this. I am going to be releasing some recordings about what goes on behind the scenes at Fox because it applies to you, the viewers. I found a nonprofit journalism group called Project Veritas that’s going to help put that out tomorrow so …

Escobar: Empire Of Clowns Versus Yellow Peril Authored by Pepe Escobar via The Asia Times, Global South will be unimpressed by new B3W infrastructure scheme funded by private Western interests out for short-term profit… It requires major suspension of disbelief to consider the G7, the self-described democracy’s most exclusive club, as relevant to the Raging Twenties. Real life dictates that even accounting for the inbuilt structural inequality of the current world system the G7’s economic output barely registers as 30% of the global total. Cornwall was at best an embarrassing spectacle – complete with a mediocrity troupe impersonating “leaders” posing for masked elbow bump photo ops while on a private party with the 95-year-old Queen of England, everyone was maskless and merrily mingling about in an apotheosis of “shared values” and “human rights”. Quarantine on arrival, masks enforced 24/7 and social distancing of course is only for the plebs. The G7 final communique is the proverbial ocean littered with platitudes and promises. But it does contain a few nuggets. Starting with ‘Build Back Better’ – or B3 – showing up in the title. B3 is now official code for both The Great Reset and the New Green Deal. Then there’s the Yellow Peril remixed, with the “our values” shock troops “calling on China to respect human rights and fundamental freedoms” with a special emphasis on Xinjiang and Hong Kong. The story behind it was confirmed to me by a EU diplomatic source, a realist (yes, there are some in Brussels). All hell broke loose inside the – exclusive – G7 room when the Anglo-American axis, backed by spineless Canada, tried to ramrod the EU-3 plus Japan into an explicit condemnation of China in the final communiqué over the absolute bogus concentration camp “evidence” in Xinjiang. In contrast to politicized accusations of “crimes against humanity”, the best 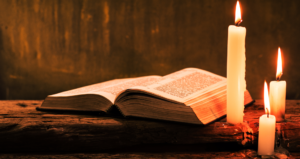